Evolutionary scientists use a method called carbon dating to determine how old a fossil is. They use the results they get to support their theory that the earth is millions and millions of years old. But is their method reliable? Let’s check out the basics:

Carbon dating uses the Carbon-14 isotope. Because it’s radioactive, C-14 loses neutrons and turns into N-14 at a constant rate, measured in half-lives. A half-life simply refers to the time it takes for half a radioactive element to disappear from the fossil. The half-life for C-14 is 5,730 years. It is therefore presumed that we can figure out how old a fossil is based on how much C-14 is left in it.

However, to figure this out irrefutably, three things must be known for the equation:  the rate of decay (half-life), got it; the amount of C-14 presently in the fossil, got it; and the amount of C-14 in the organism when it died, um, DON’T have it. Instead of throwing this equation to the wind, however, scientists make an assumption and call their resulting findings fact. Sorry, guys, there’s a problem with that.

Let’s look at the science behind the assumption. To determine how much C-14 was present when an organism died, scientists look at how much C-12 the fossil contains. C-12 is an isotope of Carbon that does NOT decay. So, if it can be determined what the ratio of C-14 to C-12 was, it can be presumed how much C-14 was in an organism when it died. So, scientists assume  that the present-day ratio of C-14 and C-12 has always been a constant ratio, and on this assumption they complete their formula. That this ration has always been constant, however, cannot be proven.  In fact, there’s good evidence the ratio fluctuates, because the amount of C-14 present in the atmosphere fluctuates.

C-14 is constantly being created as cosmic rays from outer space smash into atoms in earth’s atmosphere. For a constant rate to be achieved, the earth’s magnetic field must remain constant, yet this protective barrier has grown measurably weaker since 1845, when the first measurements were taken. Ten percent weaker, in fact, which means more radiation is being permitted through the atmosphere, and more C-14 is being created. And if the atmosphere contained smaller amounts of C-14 in the past, the resulting ages given to fossils are over-inflated.

How about output? C-14 disappears from the atmosphere when it’s absorbed into living things. For a constant rate of output, a constant rate of organisms (including vegetation) must be assumed. But has earth always had today’s amount of vegetation? Or in the past, could it have had more? More vegetation would do two things: absorb more C-14 from the atmosphere thereby lowering the ratio; AND it would absorb at a lower rate per organism because of a greater number of organisms (like pouring water into 5 pails instead of three). This would further inflate the ages given to fossils.

So it can be seen that the assumption upon which scientists base Carbon dating can result in arguable data. Take their millions of years with a grain of salt. They want their data to support their theory. However, when the weakening magnetic field and a dwindling supply of vegetation (“save the rain forests,” remember?) are taken into consideration, the numbers support a much younger earth.

2 thoughts on “Is Carbon Dating Reliable?” 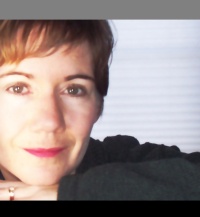